Even if you are a master landscape photographer who knows how to take and edit photos, knows how to plan and compose a shot, and always makes good photos, you might feel stuck with your photography at some point.

In this article, I’ll show you one way to get past this problem and take your photography to the next level.
When I first started taking photos of landscapes, more than 10 years ago, I planned many photo tours around well-known views and places.

For a few years, it was fun. I learned a lot, got better at my skills, and sometimes even took photos that stood out. But landscape photography isn’t just about taking the same picture over and over again.

I get a lot of ideas from learning new things and finding out about new things. At first, it was because I was learning how to take pictures and edit them.

Then I worked on getting my compositions better and trying out different angles. It was also helpful to meet other photographers and watch how they work. 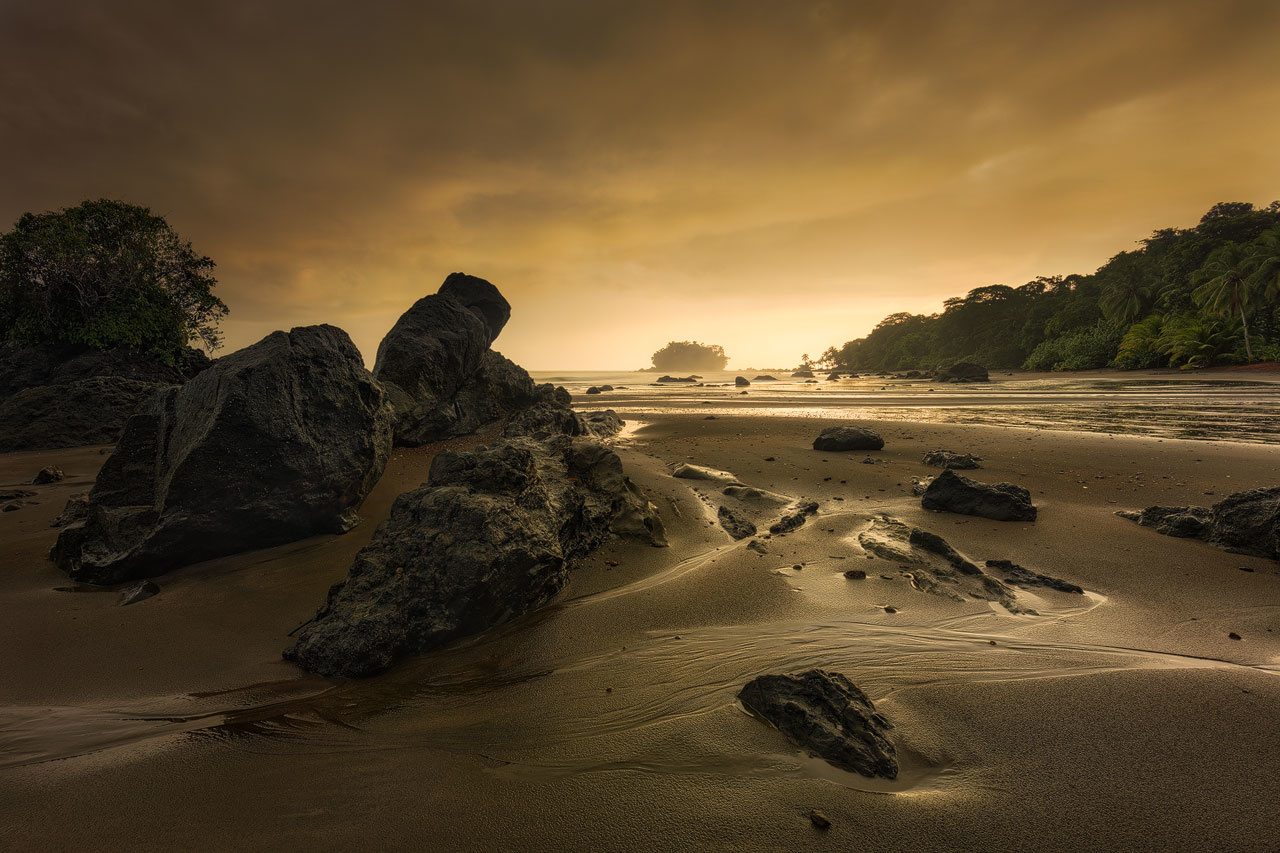 But over the last few years, it’s gotten harder and harder for me to improve my photography. Taking the time to find new places and take photos in places where I could express my own creative vision helped me stay motivated.

Taking Your Photography to the Next Level

There are many ways to take your photography to the next level, and the one that works best for you will depend a lot on where you are now.

In the first part of this article, I talk to landscape photographers who already know the basics. For those, one way to get better is to get better at scouting, and I’ll show you how to do that so you can get more out of both known and unknown photo spots.

Let’s start with places people like to take pictures. Try to find pictures of them on photo-sharing sites before you go to see them.

That’s not a new idea, and I’m sure many of you do it when you’re planning your photo trips. But instead of trying to recreate these photos later, do the opposite.

Once you’ve seen the usual compositions from a certain angle, make it your goal to see things from a different angle. Getting rid of the obvious compositions forces you to think of new ones.

It can be difficult, and sometimes you might not be able to come up with anything new. Sometimes, you have to admit that the most well-known compositions are also the best ones. 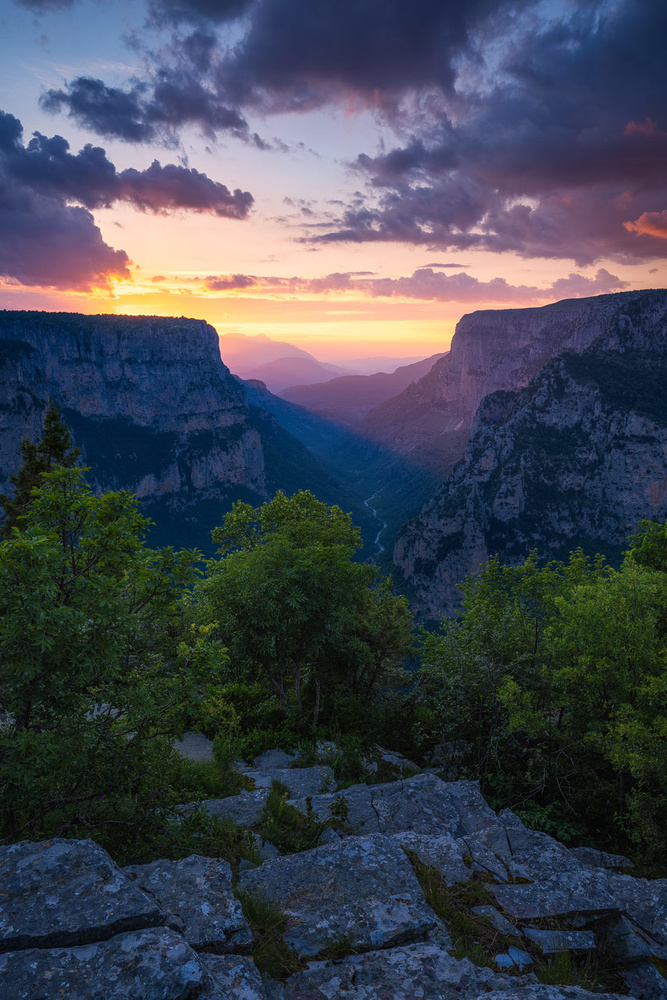 But coming to this conclusion after first looking at it from other points of view is still good because it helps you train your photographic eye.

Here’s an example: the picture below shows the Vikos Gorge in Greece as seen from the Beloi viewpoint. If you Google this point of view, you’ll find many pictures that look the same.

What they have in common is that they were all taken from the same small platform and don’t have any foreground.

I went there an hour before it got dark. It gave me a chance to look around and find a better view not far from the main one. Here, I could put the typical layered rocks that you see all over the Vikos Gorge in the foreground. The bright green plants in the middle of the picture are a great color contrast to the magenta colors in the sky. The other picture didn’t have any of these things.

As I said above, you won’t always find something new to photograph if you only go to well-known spots. At some point, you might want to be a little more daring and start looking for new places to take pictures.

You know from one of the other posts that I like to do this by running, but that isn’t always possible. Sometimes there isn’t enough time, especially if it takes more than one day to hike to a place of interest.

I get a lot of ideas from places that are unknown and far away, so I spent my second day in the Vikos Gorge area on one of those. In the feature video, I show how I plan a hike into the unknown, and I give five tips for making such a scouting a success:
First, you should plan this kind of scouting hike in the right way. I use a combination of Google Maps, Google Earth, OpenTopoMap, and outdoor active.

When I’m done planning, I have GPS coordinates for the places I want to see and a map of the hike that shows how high I’ll be going. 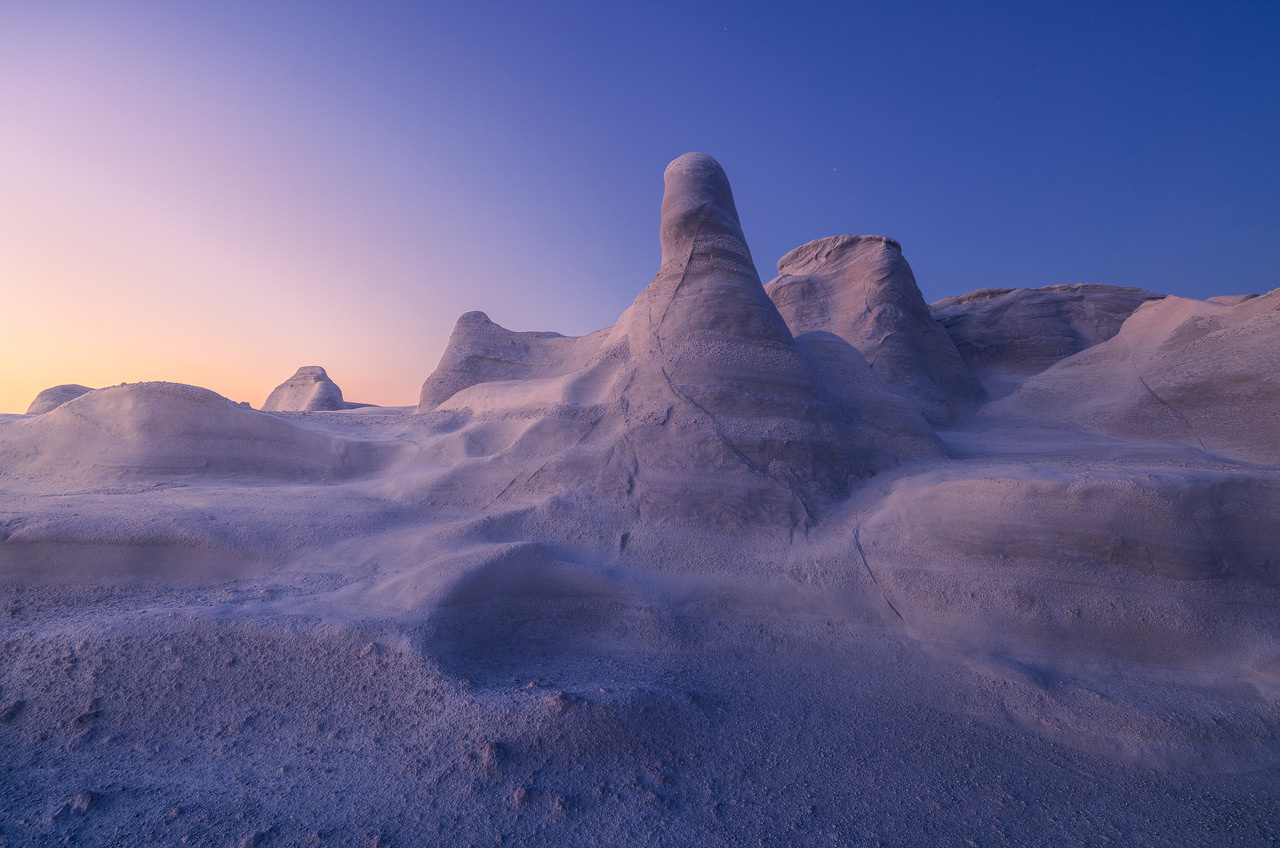 During the hike, keep an eye out for interesting views. Use your cell phone to keep track of those. Once you get to your destination, you can compare it to the views you’ve already seen and choose the one that’s best for photography. Then you can go there for sunrise or sunset.

Those photos of the area are not enough on their own. Check where the sun is going with apps like PhotoPills and its augmented reality view.

It shows you how the light will change at a possible place to take a picture. Don’t take a picture of a view where there’s no chance of good light.

As you hike deeper into the woods and the trails start to disappear, you might want to ask yourself when it’s time to stop or even turn around.

You have to know what you can do and how to find your way. Don’t think you’re better than you are, and always plan to walk those trails in the dark if you stay somewhere until sunset.

Lastly, you should always have a backup plan. If the views you’re looking for don’t show up on your scouting hike, it’s good to have something else to photograph as the day winds down.